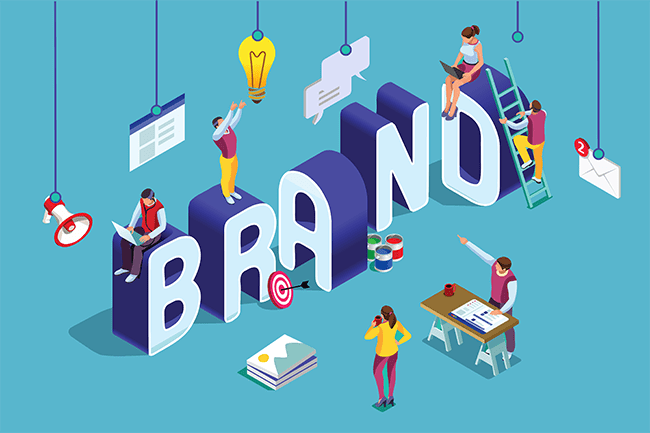 In a world of Web marketing that is driven by “everything is measurable”, branding is surprisingly the poor relation today.

How many advertisers are still optimising their display branding spend based on ad centric metrics such as reach, viewability or number of impressions generated? Far too many! Advertisers who willingly abandon any site-centric measurement on the grounds that “branding doesn’t convert directly anyway”. They are partly right. Most campaigns of this type do not perform well if you rely on Google Analytics alone. The reason is that the majority of ads are not clicked and when they are, they can suffer from a disappointing bounce rate.

But should we be content to pilot our display branding strategy with a wet finger? And continue to do so in spite of everything, a little out of conservatism, a lot because we feel that it would be detrimental to cut off the valves… Obviously not. This lack of discernment is all the more paradoxical as many of these advertisers are much less indulgent with their other marketing channels. Let’s take search or affiliation, for example, where the slightest failure in terms of visits generated, placing in the shopping cart or even customer lifetime value is closely scrutinised. On the grounds that they belong to the family of performance-based channels… and that any partner whose return on ad spend (ROAS) is less than 1 should be dropped.

Impression and repetition, the winning combination ?

Whatever your agencies or Facebook, whose flagship offer is called “reach and frequency”, say, there are alternatives to these indicators straight out of the old world. And that’s a good thing! While the average Internet user has probably never been so solicited by brands (our eyes see an average of 1,200 advertising messages every day), the distribution of an impression and its repetition are no longer enough to guarantee its effectiveness. I still remember the example of a large French publisher who congratulated an advertiser, with campaign reports to back it up, on having obtained a target coverage rate that was close to 80%. What the report did not say was that the campaign had generated… two post-view sales. Not much for an investment of tens of thousands of euros.

Analysing the impact of an impression in the medium term

So yes, it is understandable that the primary objective of an image campaign is not to generate conversions. But for marketers faced with increasing financial trade-offs, being able to judge its effectiveness is not a luxury. It means, for example, being able to understand how the repetition of advertising impressions has contributed to improving the rate of awareness or memorization of a brand…. and ultimately a post-view visit. It means asking yourself what contribution your campaign made to sales. And understand whether the display was present in the conversion funnel and if so, in what proportion and at what stage? The more impact it has had upstream of this funnel, the more likely it will have brought you new customers. Customers who are far more valuable than those brought to you by certain performance channels at the bottom of the conversion funnel. Like retargeting, for example.

Marketers are used to saying that the impact of an advertisement on brand awareness (the number one goal in branding) is a result that is difficult to measure. That’s true. But there are so-called weak signals that will allow you to measure it. The number of site visits generated by a branding campaign is a first step. Because it includes the prospects reached who want to discover your brand and your products. Be careful not to rely on ad-centric click-through rates to estimate this. It is better to look directly at the number of visits to the site (site centric) to avoid click errors. And if you are going to measure these visits, you might as well concentrate on the useful ones. Those that have resulted in an above-average time spent on your site, several pages viewed or even shopping cart purchases…. Weak signals that you should determine in consultation with your media agency. Signals that reflect the commitment generated by your branding campaign, as Center Parcs has clearly understood. The group is now steering its branding strategy according to an indicator called “shopper”. A shopper is a user who has consulted more than two pages, at least one of which is a product page. This is a good example of a “useful” visit prior to the act of purchase.

But in order to take this type of indicator into account, you need to be equipped with a solution that can bridge the gap between ad-centric and site-centric. A 3d party advertising optimisation tool (and therefore independent of media buying) that analyses the performance of all your channels, format by format. This will allow you to reallocate the 47% of your digital marketing budget that is probably inefficient in a more intelligent way. This is precisely what we at Adloop strive to do.